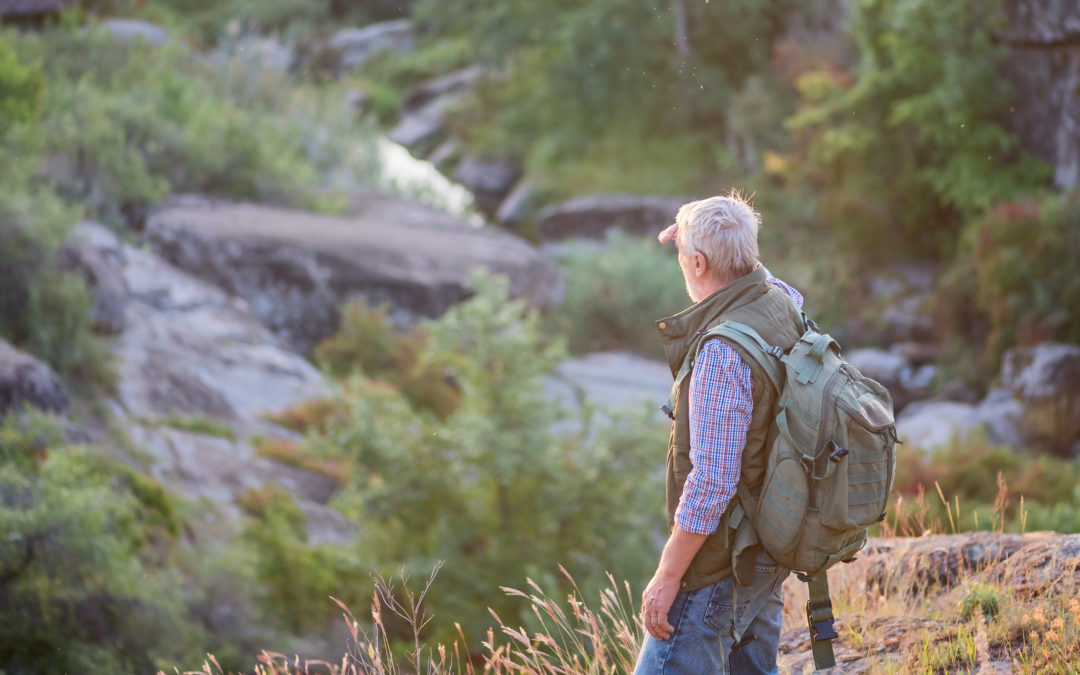 John recently helped his father, Jeff, transition into a memory care facility. It wasn’t supposed to go this way.

John’s father is 83 years old. He lived a pretty clean life – he ate reasonably well, didn’t drink or smoke, and was fairly active physically. And Jeff’s parents lived to be age 89 (dad) and 98 (mom), respectively.

John expected his father to live into his late 80s and probably longer. He may still. But after suffering a stroke almost two years ago, and never really bouncing back from it, his father is now legally blind, uses a walker to get around and needs help performing most of the “activities of daily living” (walking, eating, dressing and grooming, toileting, bathing and transferring).

Before John’s father moved into the care facility, he lived at home with his wife, Susan. John’s father and mother divorced many years ago. Jeff eventually remarried to Susan, who is 15 years younger. They live in a rural Oregon town.

As Jeff’s health declined, Susan became his caregiver. Over time, the burden of caring for her husband grew heavy. Jeff’s insurance company paid for rehabilitative care related to the stroke at home. But that eventually ended when Jeff refused to follow the prescribed therapy. The insurance company discharged him and terminated the at-home therapy.

Eventually Susan reached a point where she realized she could no longer care for Jeff by herself. She brought in a health care coordinator, who performed an assessment of Jeff. Together, Susan and the nurse determined that Jeff needed to move into a care facility. Because Jeff was also experiencing various cognitive issues, the coordinator recommended a memory care facility.

The experience of watching his father decline, and moving him into a care facility, caused John to reflect on his own situation. He’s in his mid-50s. He’s physically fit, eats well, exercises regularly, avoids drugs and alcohol, and practices meditation. He always thought he would live into his 90s like his grandparents (on both sides of his family), and then pass away doing something he loves like skiing a groomed run, hiking an easy trail or walking the beach.

But John realizes there are no guarantees in life. He could well end up following in his father’s footsteps. In addition, John is a “SiNK.” He’s single and he has no kids. He realizes he won’t be able to rely on a spouse, life partner or children to help him navigate the last stage of life. While he has nieces and nephews, he doesn’t want to burden them with the issues he might face, if he included them in his plans.

So, John has begun the process of developing a plan that will allow him to prepare for the end of his life. While it’s sobering to contemplate navigating the end of life on one’s own, doing nothing won’t prevent it from happening. If you’re a “SiNK,” you should consider developing your plan.

John plans to update his estate plan. He currently has a revocable living trust and a pour-over will. Most of his assets are owned by his trust and he is the trustee of his trust. But he needs to change his successor trustee, because the current successor moved away, and he and John haven’t been in contact in several years. The successor trustee has a durable power of attorney, and so can make decisions for John about his financial affairs if John is unable to do so.

John named family members as beneficiaries of his tax-deferred retirement accounts. He’ll probably change that, because he would rather have those accounts transfer directly to several charities that are important to him. The charities will receive the balances in the retirement accounts on a tax-free basis. If John instead names individuals as beneficiaries of these accounts, they’d be required to pay income taxes on distributions from the accounts.

John also owns several life insurance policies, also owned by his trust. When John passes away, the proceeds from the policies will be paid to the trust, tax-free. The trust, in turn, will make distributions to charities and individuals named by John in his trust.

John has an advance health directive (also known as a living will). While it was put in place many years ago, it still reflects John’s preferences for medical care if he’s incapacitated and unable to express them himself. But he needs to name someone who can help with health care decisions that may not be addressed by the health directive, through a health care power of attorney.

Like most people, John has lots of “digital assets.” They include electronic devices, voicemail and email, financial and credit card accounts, insurance accounts, utility accounts, service providers, medical providers, educational institutions, member loyalty programs, clubs and organizations, photographs, music, publications, social media, digital media, virtual currency, an electronic document storage vault, and so on – the list is almost endless. John plans to create a detailed inventory of all these assets and then put it in a home safe or bank safety deposit box. He’ll need to tell his trustee how to access this document.

John realizes that, like his father, he may one day need care at home, in a medical facility, or in a nursing home. John believes he’ll have enough money to pay for care. But he’s generally risk averse, so he’s planning to buy long-term care insurance that will preserve his assets and pay for his care, if he needs it. He hopes he never has to make use of this policy. But, as is the case with many other forms of insurance, he views the risk it addresses too great to go without it.

There are a variety of long-term care insurance products in the marketplace. Because John is a “SiNK” and doesn’t feel a need to leave behind more than is already in his estate upon his death, he isn’t interested in the hybrid insurance products that include both long-term care insurance and life insurance. Instead, he’ll likely buy a traditional policy that will provide a daily/monthly benefit for three years and that includes a rider for inflation. Statistically, the average period of care for men is just over two years.

If you’re unsure whether your estate plan reflects your values and concerns, contact us today to see how our team at Springwater Wealth can help you.