COVID-19: Has the Long March Started? 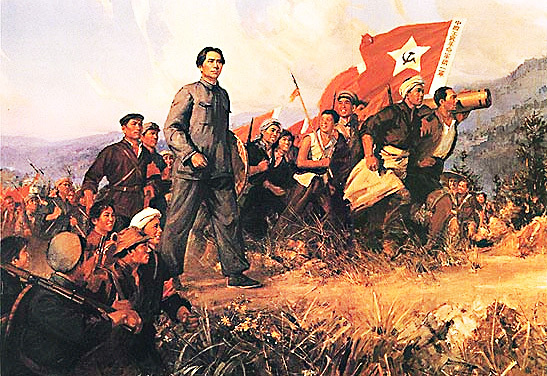 The coronavirus crisis gripping the world continues to unfold in ways that have altered life for virtually everyone on the planet. People on every continent are in a pitched battle with an unseen foe. The sickness, loss of life, economic damage and disruption already experienced are hard to fathom.

As we near the end of March, let’s assess the situation and look ahead.

On December 31, 2019, the Chinese government notified the World Health Organization (WHO) of the coronavirus. Medical scientists believe the virus somehow jumped from bats to pangolins to humans, and the first incident likely occurred several weeks before Chinese officials went public with the news. On January 30, 2020, the WHO declared COVID-19 a public health emergency. Then, on March 11, the WHO declared the outbreak a pandemic, fully expecting the virus to go global. The virus has since been detected in over 150 countries.

Johns Hopkins University and Medicine reported over the weekend that there are over 718,000 total confirmed infections globally, nearly 34,000 deaths and 149,000 recoveries. Unfortunately, the US now leads the world in confirmed infections and it will likely soon eclipse Italy in the number of fatalities.

The US has taken unprecedented action to fight the virus. The Federal Reserve has expanded its balance sheet by $5.25 trillion and committed “unlimited” monetary resources to back the financial system. On Friday, Congress pass and the President signed the largest emergency funding package in history. This third package totaled $2.2 trillion, and it will almost assuredly be followed by yet another package, as the breadth and the depth of the economic damage caused by the virus are assessed.

These actions were essential, because much of the American economy has been shuttered in an effort to prevent the coronavirus from spreading. Across the nation, approximately 170 million people have been asked or ordered to remain at home. Also, we’ve been asked to practice “social distancing.” So, we’ve forced much of the supply side of our economy into hibernation. At the same time, demand for goods and services has dropped, because people are staying at home and spending as they normally would.

Last week, 3.3 million people filed state unemployment claims, and this number surely vastly understates the actual number of Americans who have lost their jobs, or soon will. We should expect the ranks of the unemployed to rise dramatically, with the numbers likely approaching those seen during the Great Depression.

We’re entering a recession, which is defined by the National Bureau of Economic Research as a significant decline in economic activity spread across the economy and lasting more than a few months. The real question is how deep this recession will be. Many economists believe it started almost instantaneously, and that it will last for at least as long as the economy is shut down. However, once government officials “flip the switch” on the economy, recovery should be relatively fast. But we’ve never been here before, and the dynamics of this crisis are far too complex to be confident about predictions.

The stock market knows things are bad. Last week the Dow Jones staged a rather amazing rally, technically restarting a bull market with its largest weekly gain since 1938. However, markets are still down because of previous panicked selling. Skittish investors have driven the S&P 500 Index down by 21% year to date,and the Dow Jones Industrial Average has fallen 24% since the beginning of the year. The pandemic has destroyed $15 trillion in global stock market value. Volatility in the stock market has been stunning. The S&P 500 Index has swung by an average of 5.2% on each trading date in March. With two trading days left in the month, the swings of March 2020 will most likely surpass the previous record of 3.9% in November of 1929.

Now to the issue which we’ve all been wondering about. How long will we be asked/forced to remain at home, and limit our travel to essential activities like going to the grocery store, getting gas, picking up prescriptions at the pharmacy or obtaining health care? The Trump Administration asked us earlier this month to follow the “Coronavirus Guidelines for America” for 15 days. That period was to end today, March 30.

However, at Sunday’s Coronavirus Taskforce briefing at the White House, the President indicated that his leading health care authorities, Drs. Deborah Birx and Anthony Fauci, convinced him that we need to continue to maintain the current distancing policies until April 30. Drs. Birx and Fauci explained that their examination of the data and modeling indicates that, if the country resumes normal activities, up to 2.2 million will die from the coronavirus. If we continue the current practices in place, fatalities will be limited to 100,000-200,000. These are staggering numbers.

So, the President has elected to accept continued severe economic dislocation and pain in an effort to save potentially two million lives. Our sense is that the time frame will be extended again as we approach the end of April. Researchers around the world generally agree that it takes 3-6 months of strong containment to limit the spread of a virus in a pandemic. So, adjust your expectations. The administration is easing us into this “long march”.

On the testing front, there is some promising news. Testing has expanded greatly in the US. Also, Abbott Laboratories has developed a point-of-care test for the virus that is simple, takes only 5-15 minutes to process and will be distributed broadly. Testing is key, because it tells us how many are infected. It also allows us to isolate those who are infected and conduct contact tracing to identify others who may be infected.

Research continues into a vaccine, drug treatments and therapeutics. A blood plasma therapy appears to be particularly promising. These are all likely many months away, but they are in development.

We remain available to speak with you at any time.