The Race Toward Herd Immunity 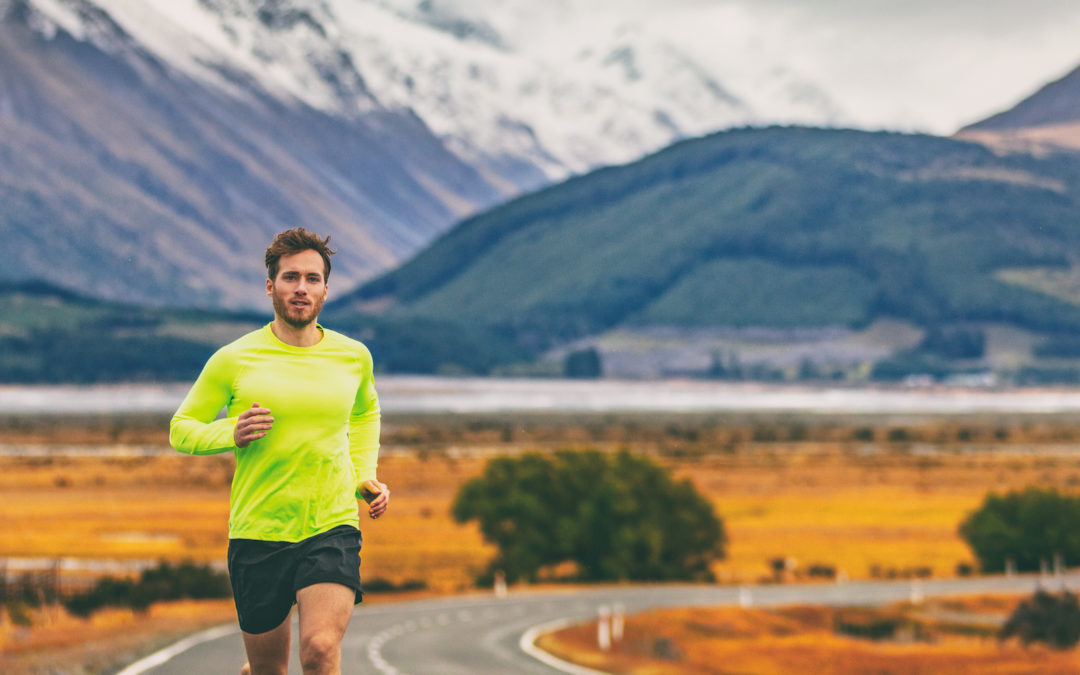 The marathon race of vaccination versus variant spread is continuing

We’re in middle of an ultra-marathon. You may not be familiar with “ultras.” These aren’t ordinary marathons. A traditional marathon is just over 26 miles. An ultra is longer. Some are 100 miles, and some are much longer. There are ultras that take place over several days and cover distances as long as 1,000 miles.

All of us around the world are in an “ultra” that has a finish line. The finish line is some broad form of global “herd immunity” from Covid-19 and its various mutations. What is not clear is how long it will take us to reach it.

We can certainly be encouraged that the United States has made significant progress to vaccinate its population. However, there are over 7.7 billion people on the planet. It’s imperative that global leaders unite to vaccinate enough people to corral the virus and stop its spread.

Globally, across 213 countries and territories, there have been over 127 million confirmed cases and nearly 2.8 million deaths. In the United States, over 30 million have been infected and over 549,000 have died.

The stock market continues to suggest that investors are highly optimistic that the end of the pandemic is nearing.

Spot gold traded at $1,731 on Friday, up 0.38%. West Texas Intermediate Crude futures for May 2021 delivery traded at $60.726 a barrel on Friday, up 2.16%. You’ve likely noticed that gas prices are up significantly at the pump, an indication that the economy is recovering.

Friday the yield on the 10-year Treasury Note was 1.674%. Please read on for our thoughts about the bond market.

As you can see from the chart below, the number of daily infections from Covid-19 have fallen significantly from the peak a few months ago. However, the number is still over 50,000 a day and there has been an increase in the seven-day moving average.

This is concerning, because it suggests the possibility of yet another surge of infections, hospitalizations and deaths. 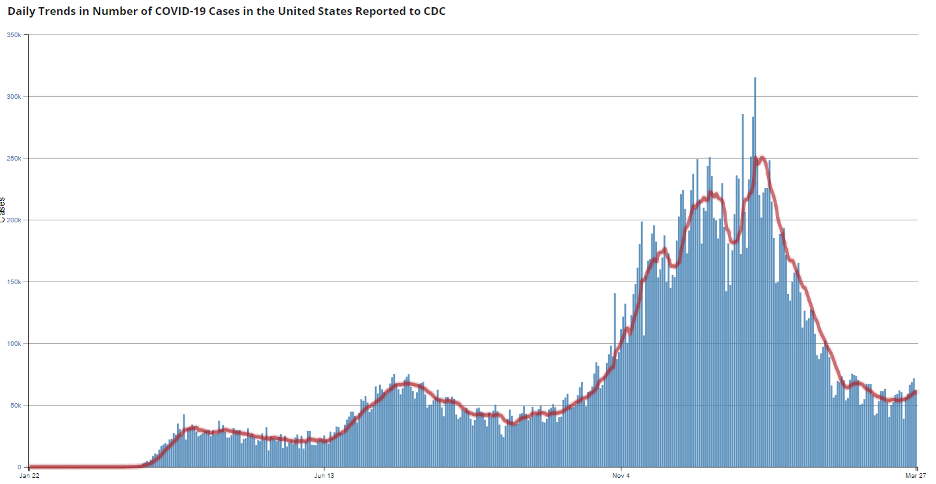 As vaccinations have increased, testing has fallen. What is more disturbing is the rising positivity rate over the past few weeks. 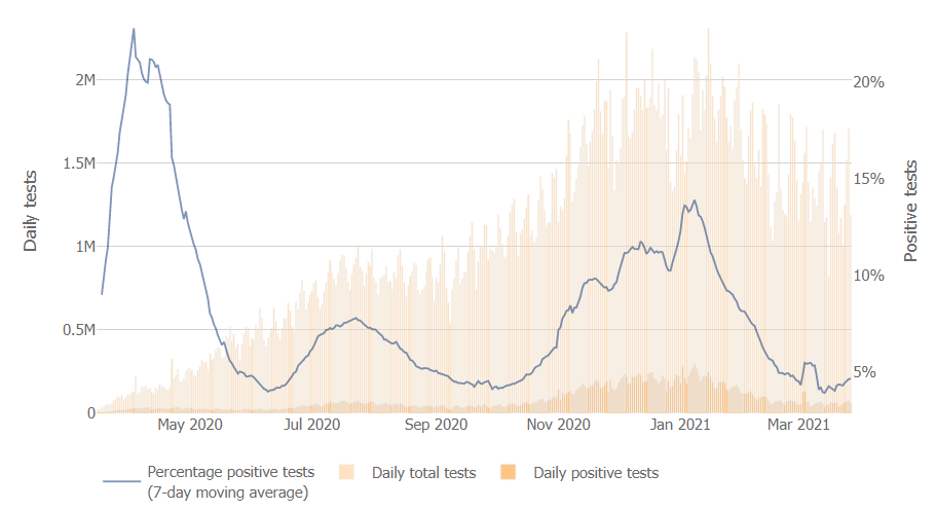 The rate of hospitalizations has also plateaued. Our hospitals are not overwhelmed, as they are in parts of Europe. However, health authorities would like to see the rates of infection and hospitalization to be declining at a faster rate. 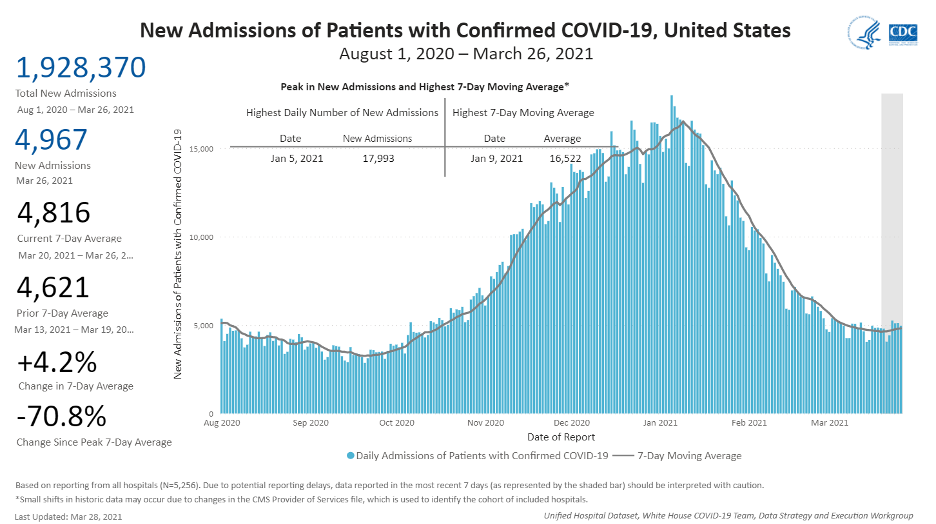 We have lost a staggering number of our fellow citizens to the coronavirus. The number of deaths per day is declining. But, the figure has also leveled out at an unacceptably high rate. 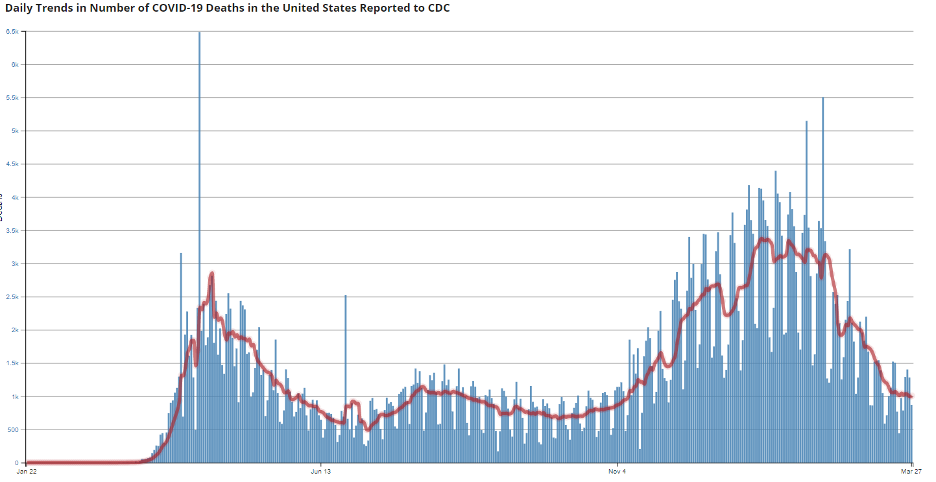 The Institute for Health Metrics and Evaluation (IHME) at the University of Washington projects that a total of between 590,000 and 656,000 Americans will die from the virus by June 2021. The variance is driven by mask usage, vaccinations, and other containment strategies.

The United States has made impressive progress in its efforts to vaccinate Americans. The Biden administration had pledged 100 million vaccine doses in its 100 days. It made that goal prior to its 60th day in office. Last week President Biden that 200 million doses will be administered by the 100th day.

The U.S. is now averaging 2.5 million doses per day. We know that many of you are among those who have been vaccinated. 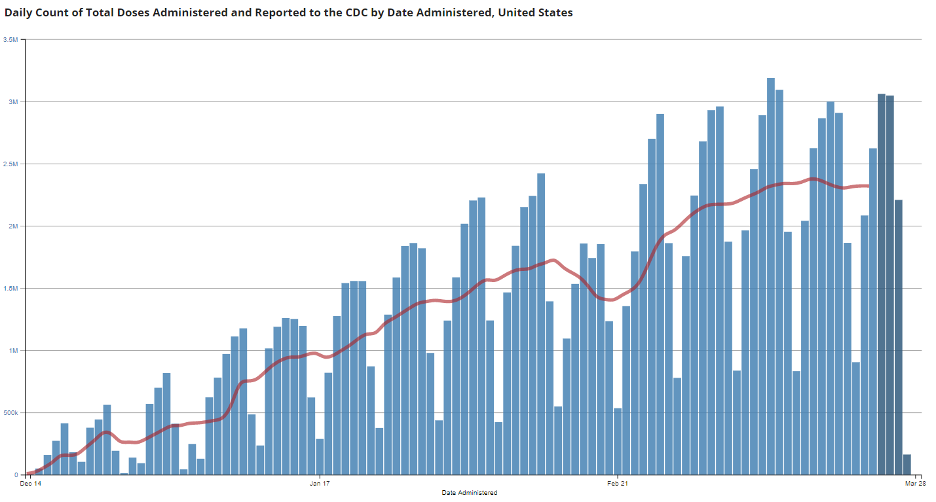 The nation’s labor market continues to heal. New claims for unemployment benefits fell to 684,000 last week. This is less than the pre-pandemic weekly high of 695,000 set in October of 1982. An oddly encouraging sign.

An additional 242,000 applied for claims under the Pandemic Unemployment Assistance program which supports gig and self-employed workers. The total number of claims for all kinds of unemployment benefits was just under 19 million for the week ended March 6. There are still 9.5 million jobs missing since the pandemic began early last year.

US employers added 379,000 jobs in February. The Federal Reserve projects that, by the end of 2021, unemployment will fall from the current rate of 6.2% to 4.5%, and that the economy will grow at its fastest pace in four decades. 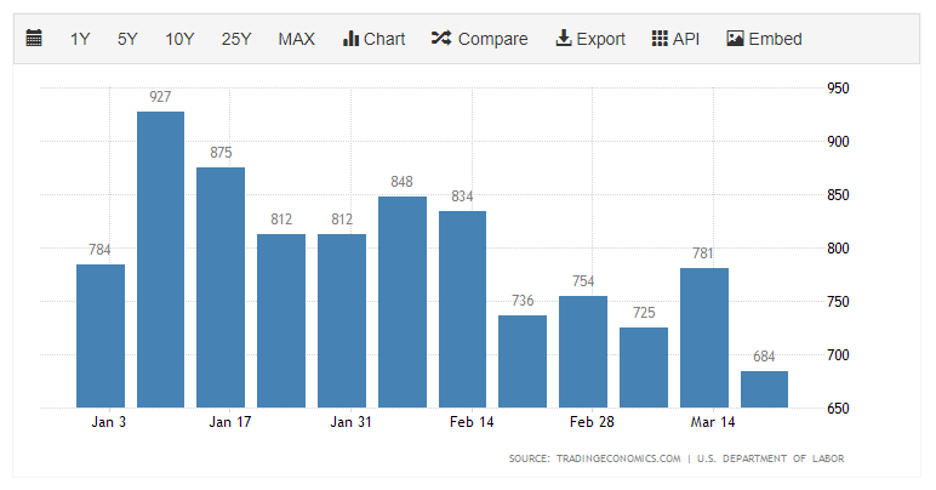 Consumer spending fell 1% in February, according to the Commerce Department. Economists attributed the drop to winter weather that struck much of the country, temporarily shuttering business and keeping consumers home.

Household income fell by 7.1% in February. However, income was up 10.1% in January, because of the federal government’s coronavirus relief package, which included checks for most American households.

Income and spending are expected to rise in coming weeks as additional checks are distributed to American households. In addition, unemployed workers will receive an additional $300 per week in jobless benefits.