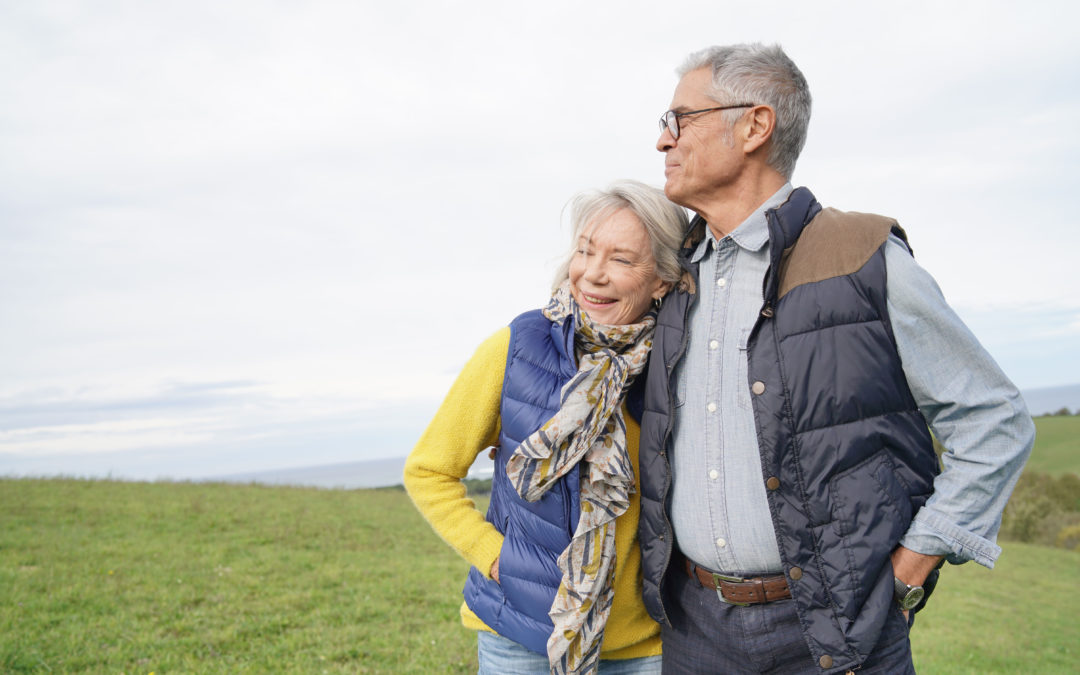 John and Emily have been retired for about 5 years. Every few years they like to meet with a financial planner to make sure they’re still on track. John specifically is interested in reviewing their spending to make sure it’s still in line with their resources.

Springwater Wealth provides its client with robust financial planning. Our team met with Emily and John, gathered information, and then built a plan for their financial future in retirement. The plan includes assumptions about investment returns, inflation, taxes, life expectancy, and so on. We were able to confirm that John and Emily are still on track. Specifically, they could continue to spend at their expected levels, live into their 90s and never “run out of money”.

They seemed assured when we shared the results with them. But then John asked a great question. He asked, “What could go wrong and derail our retirement plan?” Clients generally don’t ask us this question in the context of retirement planning. Usually, we bring up the topic. But John did, and so we shared with them the pitfalls that can impact your retirement plans.

Over the course of a twenty- to thirty-year retirement, the stock market will likely suffer several significant declines of 20% or more. If you’re relying on distributions from your portfolio for retirement income, you need to know whether your portfolio can withstand such losses and still allow you to spend as much as you’ve planned in the years ahead.

It’s possible to test your plan for the impact of this potential pitfall. We can assume that the crash happens immediately. The earlier it happens in retirement, the worse the impact on your retirement plan. We call this “sequence of returns” risk. If the stock market crashes when you are 85 or 90, you won’t be happy about it. But the impact on your plan won’t be as significant. But if you retire at age 60 and begin taking distributions from your portfolio and the market immediately plummets, you could have a problem. For example, what if you had retired at the end of 2007?

The solution is to give the stock portion of your portfolio the time to recover, and in the meantime to take your income distributions from other sources. Because it might take 2-5 years for the stock market to bounce back, you’ll need to use other resources for that long.

A financial planner’s nightmare is to have a client show up in the office at age 90 or 95 and ask about running out of money. Doris came to our offices about 10 years ago. She was well into her 90s at that time. Our team had been in close contact with her and her children and adult grandchildren over the preceding years. We all knew that if she lived to 100, she would likely run out of money. It wouldn’t have been catastrophic, because she could have moved in with her kids. But this is not what she wanted, and she made that clear to us that day.

Living too long is another potential pitfall in retirement. The solution is to plan early, preferably before retiring, for the possibility that you might live longer than you might expect. Longer than your parents and grandparents. Longer than the standard life expectancy table would suggest. Longer than you might want to. We typically assume that our client will live to age 95, 100, or even longer. If they pass before they reach that age, they’ll leave behind assets for their beneficiaries. But that’s a better outcome than not having enough resources in the twilight of life.

Our client, Dave, was 15 years older than his wife, Sue. Dave was diagnosed with dementia in his late 70s. For several years, Sue was able to look after him and help him with his basic needs. But eventually Dave needed more care than Sue could provide. In addition, caring for Dave was taking a heavy toll on Sue’s health. It became evident that Dave would need to move into a care facility. Dave’s care cost $7,000 a month.

Unfortunately, Dave and Sue came to us well after they’d retired and before we were able to help them plan for the possibility that one or both of them would need care later in life. Such care is expensive and the more intensive it is, the more it costs. Fortunately, Dave and Sue were able to use assets they’d earmarked for extensive international travel to pay for Dave’s care.

The best way to approach the potential pitfall of needing long-term care is have a plan to pay for it. You can set up your resources so that you “ring fence” enough money to pay for a reasonable period of care (i.e., 2-3 years). You can also buy long-term care insurance and use the policy’s benefits to pay for care.

Early Loss of Your Spouse

A few years ago, Robert died suddenly at age 72. He and his wife, Pam, had been retired for several years. They were living very comfortably on Social Security, a small pension and distributions from their retirement accounts. Robert had a successful 30+ year career in the electronics industry. Pam went back to work in a library after staying home to raise their three kids.

After Robert passed, Pam ended up with Robert’s Social Security benefit, which was higher than hers. When one retired spouse passes away, the surviving spouse is entitled to receive the higher of the two benefits they had been receiving together. Unfortunately, this results in a drop in income. Pam began receiving the equivalent of Robert’s higher Social Security benefit. But she didn’t receive both his benefit and her benefit.

To plan for this possible pitfall, partners need to make sure that the survivor will have enough resources to replace the Social Security benefit that’s lost when one of them dies. This could be done by buying life insurance or by setting aside savings and/or investments.

We recently helped Jeff and Linda put together a retirement plan. Jeff worked for Intel and was looking forward to retiring in the next few years. Linda worked in customer care for a local auto dealership. They’d been married for 28 years. Their two adult children were married and lived in other parts of the country.

Jeff and Linda wanted to move to Hood River, Oregon to retire and they were actively looking at homes for sale. Then one day we received a call from Jeff, who told us that, unfortunately, he and Linda were likely to get divorced and that they needed to table the retirement planning process.

So-called “grey divorce”, the end of long-lasting marriages, has increased significantly over the past decade. There are various reasons for this trend. Divorce is more acceptable today than it was in the past. Couples are living longer and may wish to spend their remaining years alone or with a different partner. Women are more financially independent and often have separate resources (like Social Security and retirement savings) they can use to support themselves independently after divorce.

While divorce is certainly a pitfall in retirement, most married couples aren’t expecting to get divorced. So, understandably, they don’t plan for it. But divorce can dramatically alter retirement for both spouses.

If you find yourself contemplating divorce, make sure you consult with both an attorney and a Certified Divorce Financial Analyst (CDFA®). The latter can help you and your partner find an equitable division of assets and give you the best footing for the next stage of your life.

There are numerous other pitfalls to avoid in retirement. They include giving money to kids and grandkids, buying second homes and timeshare investments, and buying expensive toys (like sports cars, RVs, boats, and trailers). For most retirees, none of these will result in financial ruin. But they have the potential to blow a large hole in the assets you’ve saved for retirement.

If you need help planning for retirement, consider working with a Certified Financial Planner™ (CFP®). Advisors who hold this designation have met rigorous educational, experience and ethics requirements.

If you’re looking for help with your retirement planning, contact us today to see how our team at Springwater Wealth can help you.