Looking Forward to Another Roaring 20’s? 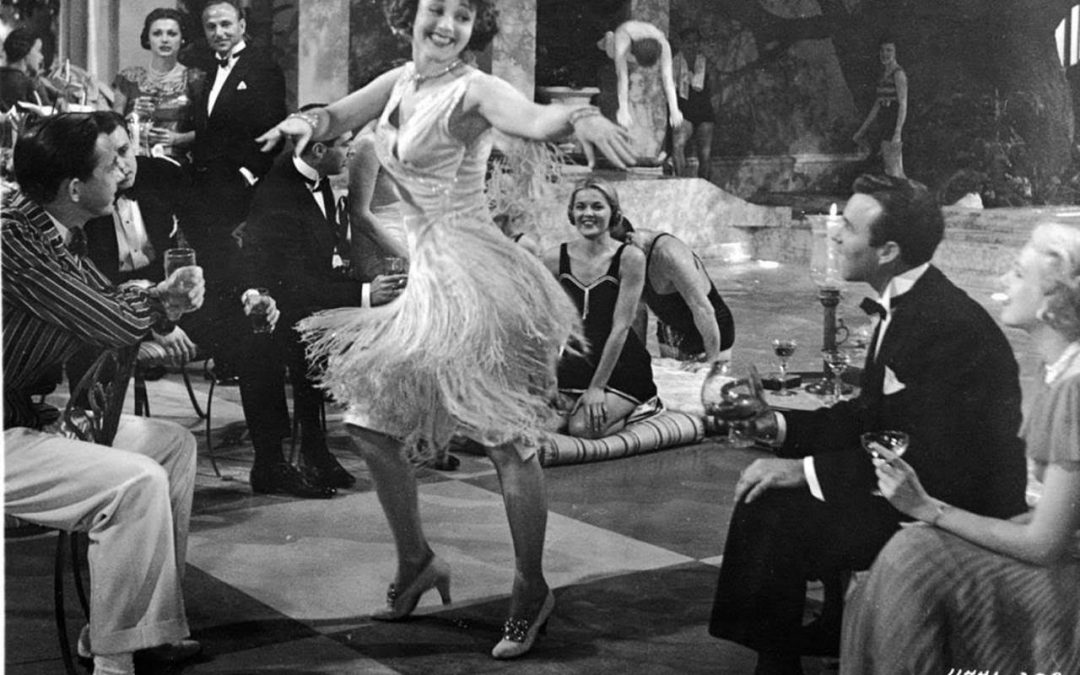 If you’ve had a chance to review your portfolio’s performance for 2019, you’re probably pretty happy. Or, at least you should be…

The stock market turned in a stellar performance. In fact, as you can see below, almost every major asset class finished with positive returns at the end of the year. 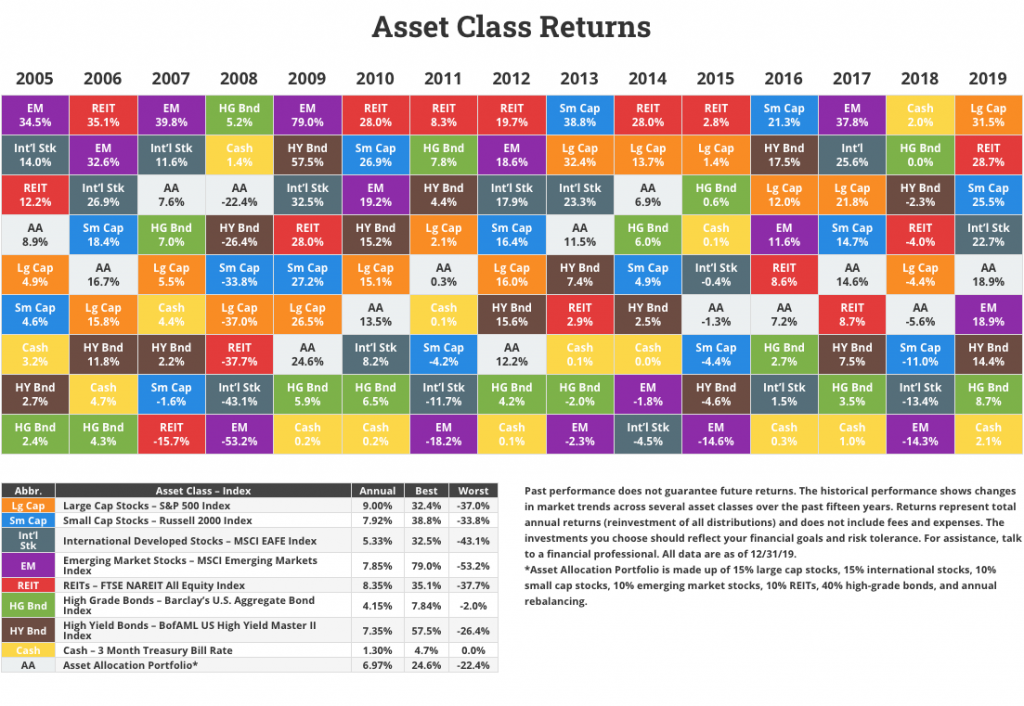 This is pretty rare, as in any given year some asset classes usually perform well and others languish. And this is why it’s important to have a well-diversified portfolio. The performance of ssset classes is generally not highly correlated (note how performance varies in the chart above) and by diversifying, we can minimize the damage done when one or more asset classes disappoint. It is possible, of course that asset classes can simultaneously under-perform. We saw that during the Great Recession, when anything that carried a hint of risk (i.e. that wasn’t cash or government bonds) suffered. But it’s rare and you should view those periods as aberrations.

The perspective you take when reviewing performance matters, too. While last year’s results are pleasing, they came after a rather dismal fourth quarter in 2018. The US stock market dropped by nearly 20% before the end of 2018, and investors were therefore on edge entering 2019. Thankfully, the Federal Reserve stopped raising rates and actually reduced them three times last year. In addition, the US economy continued to benefit from lower tax rates, reduced regulation, low unemployment, solid corporate profits and persistently low inflation. These conditions provided solid footing for the stock market.

As we enter the 2020s, it’s really hard to know what to expect. Will they be the like “roaring 20’s” of a century ago, or will they resemble the decade that followed, the 1930s? You can see what happened in those decades below: 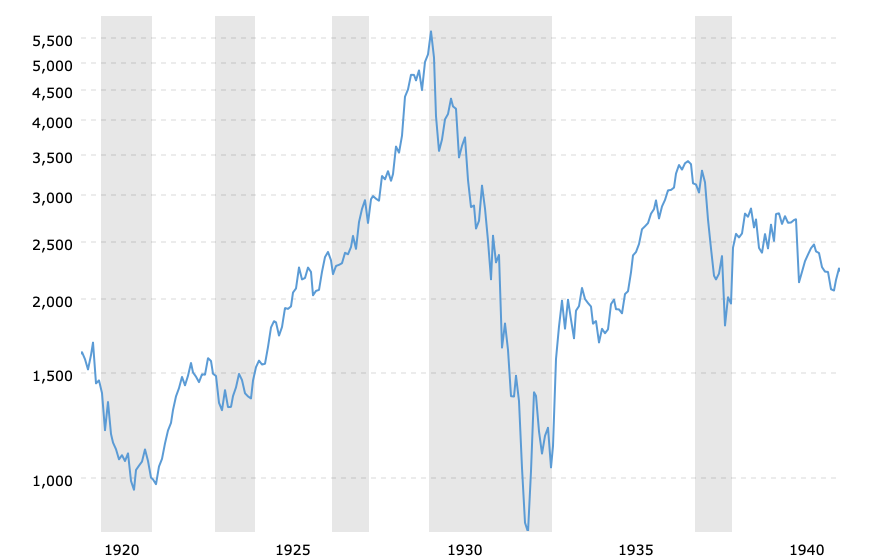 What are the near-term threats to the stock market? As we write this, our biggest concern is the prospect of another armed conflict in the Middle East. Investors don’t like uncertainty, and they really don’t like wars. Military conflicts threaten the global economy in a variety of ways. Valuable assets (e.g. power plants, dams, bridges, airports) and equipment (e.g. trucks, ships, transport vehicles) are damaged or destroyed. Transportation corridors are threatened or closed. Resources (e.g. oil, iron, copper) are reallocated which can cause supply disruption and price inflation. And most importantly, people die and are injured.

As we saw last week, the tension between the US and Iran has escalated. The Middle East supplies much of the world with oil, and if shipping lanes through the Straight of Hormuz are threatened, fuel prices will jump. A spike in energy costs can quickly derail the global economy and the stock market along with it.

Looking past the near-term prospect of renewed and increased conflict with Iran and its proxies, the 2020 presidential election looms. If President Trump is re-elected, the stock market will likely react well. If his Democratic opponent is elected, it’s likely the stock market will react negatively, as the prospect of higher taxes on corporations and high-income individuals will seem more likely.

So, our strong encouragement to investors for 2020 (and beyond) is to remain seated, with your seat belt fastened, and prepared for turbulence.