How Can Baby Boomers Prepare for a Secure Retirement? 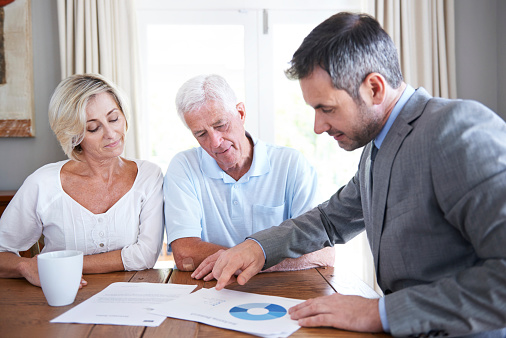 If you were born between the mid 1940s and the mid 1960s, you’ve been labeled a “baby boomer” by economists and population researchers.  Setting aside all the predictable jokes, there are some things that make you and your fellow “boomers” unique.

One of those is that planning for a secure retirement will be much different than it was for the generation that preceded you.  For a variety of reasons – some of which we’ll explore here – the security of your financial future is really up to you.

Let’s look at some of the challenges you may face when planning for a secure retirement, and some of the potential solutions.

Make the Most of Your Retirement Savings

By the mid 1970s, though, American companies discovered that their funding obligations for these pension plans were very significant.  Retired workers were living longer, and so the companies’ financial commitments to those retirees were growing.  Eager to be free of these obligations, thousands of employers decided to freeze or terminate their pension plans, and in their place adopted defined contribution plans, like the well-known 401(k) plan.

With a defined benefit pension plan, the employer is on the hook for ensuring that the beneficiary receives their promised payments.  In contrast, a defined contribution plan merely sets out how much can be contributed to the plan by the employer and the employee, but the value of the account at retirement, and therefore also the stream of income, is by definition unknown.  Companies succeeded in transferring the risk of generating a stable source of income for retirement to their employees.  Today, it is mainly the public sector – teachers, public safety workers, and government employees – that still enjoys defined benefit pension plans, with the private sector largely dependent on defined contribution plans for retirement.

Since you’re most likely one of the millions of Americans responsible for their own retirement savings, it’s crucial that you understand the elements of investing, how to design an appropriate investment mix, and how your employer’s plan works.

If your employer’s plan offers matching contributions, you’ll want to make sure that you contribute at least enough yourself to receive the full match – after all, it’s literally free money.

If you’re unsure about, or overwhelmed by, the plan’s investment menu, you should reach out to the plan’s advisor for guidance.  If the plan doesn’t have an advisor, or the information available is too general, you should strongly consider hiring your own financial advisor to help you.  Making smart choices about the investments in your employer-sponsored plan will play a major role in setting you up for a secure retirement.

Work with an Advisor

There are many variables that can affect your ability to plan for a secure retirement – future investment returns, inflation for your core living expenses and for health care costs, tax rates, and how long you’ll live, to name just a few.

If you’re uncertain how these may impact your plans, you should consider working with an independent, fee-only advisor. You can find an experienced, fiduciary advisor to interview in a variety of places, including the websites for the CFP Board, the Financial Planning Association, and the National Association of Personal Financial Advisors.

An advisor will be able to build a robust financial plan for you that includes all of your goals – like retirement, health care costs, travel, charitable giving, and perhaps college for your grandkids or a vacation home – while showing you how changes in those variables affect your plan’s success rate. At Springwater, we refer to that as “stress testing” your plan.

Have retirement concerns? Contact us today to see how our team at Springwater Wealth can help you develop a plan for your financial peace of mind.

Know the Facts on Social Security

Social Security is a program that provides millions of Americans with economic security. While the media periodically draws attention to the fact that, by design, the program periodically faces funding challenges, it’s safe to assume that Social Security will be there for you, and that it will play an important role in your secure retirement.

In a nutshell, the program pays you a percentage of your pre-retirement income, that’s based on your lifetime earnings. On average, Social Security beneficiaries receive about 40% of their pre-retirement income.  But, the higher your earnings were during your working years, the lower that percentage will be. This is because Social Security uses a wage base limit, which both caps the amount that you pay into the system each year through payroll taxes, and also limits the maximum benefit you can receive.  The wage base limit is set annually, and is adjusted for changes in the average wage index.  The objective is to ensure that the wage base limit keeps up with wage growth.

Your Social Security benefit amount is based on a formula that takes into account your earnings in the 35 years when you earned the most.  But if you earned more than the wage base limit, those additional earnings aren’t counted in determining your benefit.  If the limit wasn’t applied, a person who earned millions of dollars a year during their working career would potentially receive tens of thousands of dollars per month in Social Security benefits at retirement.

The Social Security system is a “pay as you go” program.  This means that current workers pay into the system via payroll taxes, and their contributions are used to pay benefits to current retirees.  When there are more active workers paying into the system than there are retirees drawing benefits, the system generates a surplus (i.e. more taxes paid in than benefits paid out). But when the ratio of workers to retirees shifts, the program generates deficits. Each year the Social Security Administration publishes a report that projects when these deficits – attributable to the growing number of retirees relative to active workers – will eliminate the surplus.

As you plan for your secure retirement, it’s important to understand that you’ll be able to rely on Social Security to provide you with a base level of income in retirement.  You should also understand that it’s possible to receive a higher benefit if you’re willing to delay the date when you start doing so.

You can start to receive your Social Security benefits before your FRA, as early as age 62.  If you do so, though, your benefit will be permanently reduced.  Similarly, you can delay the age at which you begin collecting your benefits, and your benefit will continue to increase up to age 70.

You should work with your financial advisor to determine the optimal Social Security claiming strategy for you.

It’s a fact that many – though not all – Americans are living much longer than generations before.  Lifestyle changes (exercise and diet, for example), better health care, and a healthier living environment have all contributed to this.  Living longer doesn’t by definition mean living better, though, and so it’s important to maintain a healthy, active lifestyle as we age.

Longevity does have one downside, and that’s its impact on the strength, or success rate, of a retirement plan.  All other things being equal, the longer you live, the longer your money has to last.

Look at your family health history.  Did your parents, aunts and uncles, or grandparents live longer than their peers – perhaps well into their 80s or 90s?  As they aged, did they require intensive care at home or in a facility?  Are there incidences of memory-related illness in your family?

Your financial advisor can help you understand the impact of living 10, 15 or even 20 years longer than you might think you will. And together you can develop some strategies to address this possibility, and ensure that you’ll have a secure retirement.

For example, you can contemplate retiring later, or working part-time in retirement.  Each year that you earn some income and/or delay taking distributions from your retirement savings will have a positive impact on your plan’s success rate.  You may also consider moving to a less costly place to live when you stop working – “stretching” your retirement income further than it otherwise might go.  If it appears likely that you’ll live into your 90s, mathematically it will almost certainly make sense to delay taking your Social Security benefits until age 70.

Your advisor can also stress test your plan for the possibility that you might need care later in life.  Many Americans don’t know that Medicare doesn’t cover assisted living expenses.