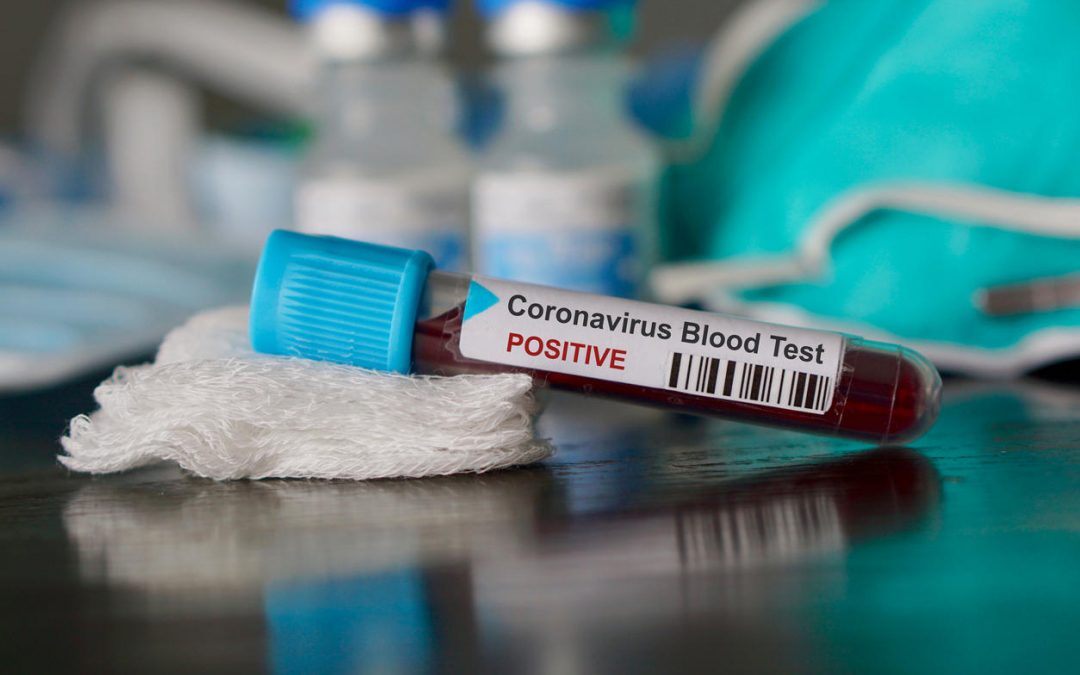 As we write this, on the morning of Monday, April 6, before the US markets open, futures are pointing to an upturn in stock prices today.  Over the weekend, reported coronavirus cases rose in major population centers around the world, but indications are that the pace has slowed from that of the past few weeks.

But yesterday, the US Surgeon General Jerome Adams told viewers of a Sunday morning talk show that this coming week “is going to be the hardest and the saddest week of most Americans’ lives, quite frankly,” emphasizing that it will be “our Pearl Harbor moment.” However, he also noted in the interview, that Americans could “change the trajectory of this epidemic” by following social distancing guidelines.

Most people in the United States by now have been ordered to stay at home – most, but not all. Although most states have blanket lockdowns now, some are a patchwork of rules, with cities and counties mandating their own restrictions. And some states have no stay-at-home orders at all.

A Timeline for (the Lack of) Testing
As we noted last week, one of the main problems in the US is the lack of testing.  According to epidemiologists, in the early weeks of the outbreak here this meant that people with respiratory illnesses died without being counted. Even now, some people who die at home or in overburdened nursing homes are not being tested.

Luciana Borio, the former head of medical and biodefense preparedness at the National Security Council, and Scott Gottlieb, who led the Food and Drug Administration (FDA) from May 2017 to April 2019, wrote an editorial in the Wall Street Journal in January, warning that if the virus is widespread, “… the CDC will struggle to keep up with the volume of screening. Government should focus on working with private industry to develop easy-to-use, rapid diagnostic tests that can be made available to providers.” Borio told NPR on January 30, “The most important and effective way to control epidemics is to identify patients who are infected, exposed to the virus, and isolate them.”

But the government did almost the exact opposite of what Borio and Gottlieb proposed. CDC issued narrow guidance on who qualified for a test: only those who had recently traveled to Wuhan, or those who had come into contact with an infected person.

On January 31, HHS Secretary Azar declared a “public health emergency,” announcing travel restrictions, including barring non-citizens who had recently visited China from entering the United States, in an effort to slow the virus’s spread inside the country. The declaration triggered emergency testing protocols, which increased restrictions on which labs could make a coronavirus test.  Any lab would be required to acquire an Emergency Use Authorization (EUA) from the FDA to perform testing for COVID-19. The FDA granted the CDC the first EUA.

The EUA requirement meant that other labs, including sophisticated labs that developed tests based on the genetic sequence available and that under normal circumstances could have begun testing, were not able to do so until they received special permission.

The CDC-manufactured kits were sent to state labs on February 6 and 7. Some labs had problems with the test. By February 12, the CDC announced that the test was providing inconclusive results. By then, there were 11 cases reported in the US.

By mid-February, a self-perpetuating cycle had formed. Few people qualified to be tested, and even if they did qualify, the CDC was essentially the only place that could perform the tests.  That meant relatively few tests were performed, and thus few people tested positive for the virus.

By February 16, the CDC and state public health labs tested nearly 1,600 specimens. As a rule of thumb, two specimens are required per person, meaning that in total, only about 800 people had been tested. That’s roughly 2.4 tests per million people. In contrast, South Korea, which found its first case on the same day as the US, had tested nearly 8,000 people, or 154.7 tests per million.

By the following week, it became clear to local public health officials that the virus had spread in communities, and become endemic in other countries. Public health labs, frustrated by their inability to test, became frantic. Still, the CDC warned labs not to test without emergency authorization from the FDA, regardless of whether protocols they planned to use came from the WHO or the CDC, or had been developed in-house.

On February 29, the FDA lifted restrictions on labs, issuing a new set of significantly less restrictive protocols. On March 3, the restrictions on who qualified for a test were dissolved. At that point, 13 people in the US were recorded as having died of COVID-19.

Nevertheless, tests were still very difficult to obtain. Five days after both restrictions were removed, the US reported 518 cases and had completed 3,099 tests, according to the Covid Tracking Project. That is roughly 9.5 tests per million people. South Korea had 7,314 cases after performing 188,518 tests, or 3,682 tests per million. Yet, on March 6 President Trump claimed that “anybody that needs a test gets a test.”

Jeremy Konyndyk, a senior policy fellow at the Center for Global Development, stated, “The reason [the lack of testing] has been such a damaging shortcoming in the US response is it basically left us blind to the spread of the virus in our country for about six or seven weeks.”

Stumbling
The Administration has stumbled in its initial efforts to implement the $2 trillion coronavirus relief package, signed into law late last month.  Small business owners are frustrated with delays in getting approved for loans intended to help keep their businesses afloat, with many reporting that they’ve been denied by their lenders with no explanation.  This morning, Wells Fargo, the scandal-plagued bank that can look back on nearly a decade of missteps and, announced that it would cap its lending under coronavirus relief package to $10 billion, due to the asset cap imposed on it by the Federal Reserve.

Meanwhile, officials at the IRS have warned that the $1,200 relief checks may not reach many Americans until August or September, if they haven’t already given their direct deposit banking information to the government.

Adding to the confusion were several last-minute changes enacted by federal officials to the foundation of the relief package, including revising the rules of the small business loan program hours before it went live, and the cancellation of a requirement that Social Security recipients file a tax form before receiving their relief checks.

Looking Forward
The next ten to fourteen days are likely to test America’s resolve.  Are we willing to temporarily sacrifice some of our freedoms – to go where we want, when we want, for example – in order to protect the most vulnerable among us? Let’s hope so.  If we are, we will succeed in mitigating the spread, and we’ll finally start to flatten our curve.  Better late than never.