COVID-19 and the need for mass testing 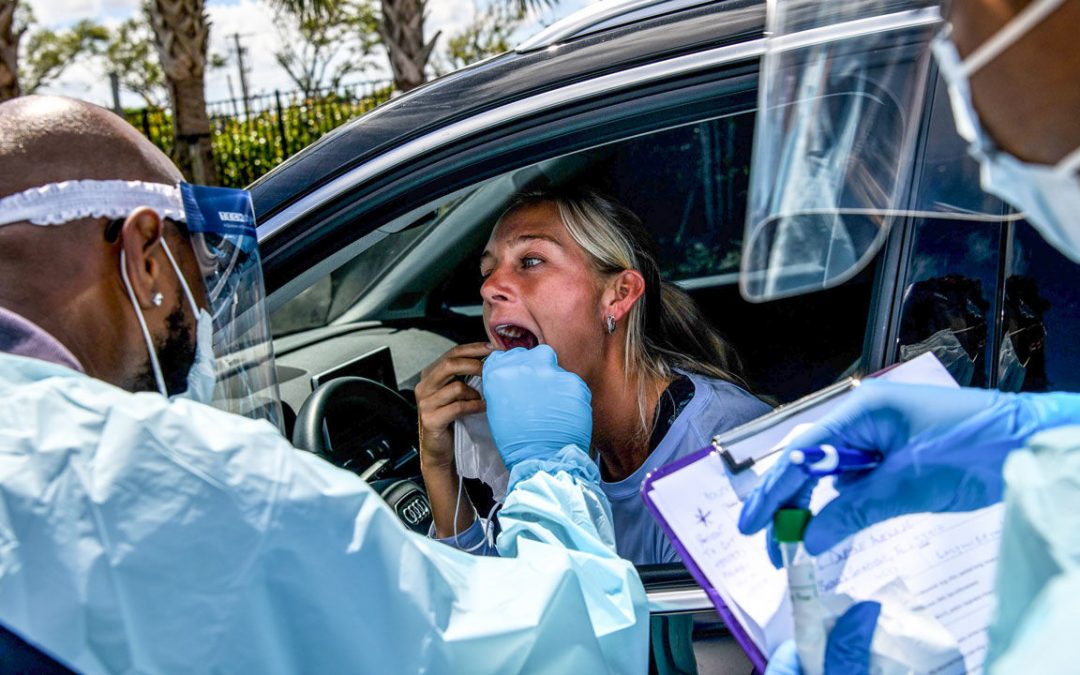 As we head into this Easter weekend, it seems as though we’ve been social distancing, working from home, and generally limiting our normal routine for forever. Yet, it’s really only been three or four weeks (depending on where you live). Time seems to have slowed.

The Russell 2000 index, a proxy for smaller US company stocks – which tend to perform better in rising markets and a strong economy, and worse in a falling market and a weak business environment – is now up 29% from its most recent low, but still sit more than 27% below its most recent high.

The Economy
Nearly 17 million Americans have lost their jobs over the past few weeks, and many economists now conclude that the government’s efforts were too small and came too late to prevent companies from letting millions of workers go.

Yesterday, the Federal Reserve announced that it could inject another $2.3 trillion into the American economy, using funds recently authorized by Congress to buy municipal bonds and to expand its existing corporate bond buying program to include some riskier debt. These measures go far beyond anything the Fed attempted during the 2008 financial crisis.

The recently announced federal “Economic Injury Disaster Loan” program that is meant to provide emergency loans to small businesses has run low on funding. The EIDL program is authorized to lend businesses up to $2 million, but recent applicants say they’ve been told that loans are being capped at just $15,000 per borrower.

Public Health
The number of new patients hospitalized with the virus in New York is declining, but Thursday’s fatality toll was near 800 for the second consecutive day, meaning that the total number of lives lost to the virus is now over 7,000.

Great Britain’s Prime Minister Boris Johnson was moved out of the ICU. His deputy, who has been filling in for Johnson during the latter’s hospitalization, indicated that lockdown measures would likely continue beyond next week.

The Trump administration is clearly anxious to reopen the country as soon as possible. This has health experts and economists concerned that the virus could reemerge if we resume our normal lives and daily routines before the virus is truly eradicated. However, the President can’t unilaterally reopen the country. The CDC’s guidance to avoid social gatherings, work from home, etc. is put into law by state and local governments. The CDC’s recommendations are set to expire at the end of April, but the states will choose their own timetables.

The strategies that have been used to successfully suppress the virus in other countries – mass testing, comprehensive contact tracing, and targeted quarantines – are unlikely to be implemented here, unfortunately. As we’ve pointed out in previous writings, testing remains inadequate here at home, with the result that we don’t know who is currently infected, nor who has been infected, recovered and now carries antibodies.

At yesterday’s Coronavirus Taskforce Briefing, a reporter asked President Trump whether Americans could return to normal life without our having instituted an adequate testing system. The President responded, “We want to have it and we’re going to see if we have it. Do you need it? No. Is it a nice thing to do? Yes. We’re talking about 325 million people and that’s not gonna happen, as you can imagine, and it would never happen with anyone else, either.”