COVID-19 and The Great Cessation 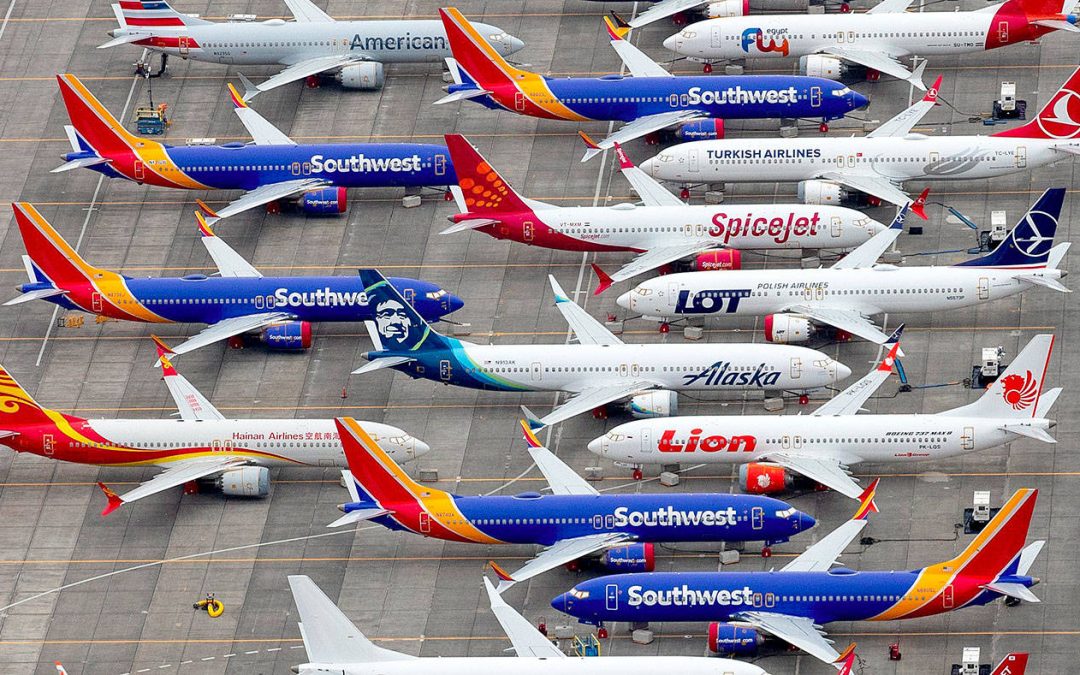 Aircraft grounded due to the coronavirus pandemic

The Markets
The US markets opened up with large gains early Tuesday, but during the course of the trading day saw them evaporate. Just a day after the major US indexes were up 7%, the Dow Jones index climbed 900 points on Tuesday before closing slightly lower.

Investors took note that China reported no new coronavirus deaths for the first time since January. In Europe, Austria and Denmark announced timelines for ending their lockdowns. Spain and Italy, which represent well over half the fatalities on the continent, have reported some small signs of improvement.

This morning, as we write this update, the markets are again opening in positive territory.

The Economy
Just days after the Administration announced its $350 billion small business support program, some of the country’s largest banks announced that they’ve already allocated more than 10% of the fund, raising fears that millions of companies won’t be able to access it. Business owners report facing long waits, unclear application rules and rejection as they try to access the fund, formally known as the Paycheck Protection Program.

Many banks are accepting applications only from existing customers or businesses of a certain type or size. Others aren’t accepting any applications at all. The SBA and the Treasury Department haven’t indicated whether the emergency fund would run out of money before satisfying demand from small businesses.

Boeing, which has already closed its facilities in Washington, announced that it is closing its South Carolina locations that produce the 787 aircraft, leading to an additional 7,000 layoffs.

The United Nations’ International Labor Organization is predicting that the coronavirus pandemic will reduce labor hours by almost 7 per cent worldwide in the second quarter of this year, equivalent to the loss of 195 million full-time workers. According to the ILO, almost 40% of the global workforce is employed in sectors that have suffered drastic output reductions, like retail, real estate, tourism and restaurants. More than 80% of the global workforce live in countries where full or partial lockdowns are in place.

The Public Health
As the novel coronavirus progresses across our country, it appears to be infecting and killing black Americans at a disproportionately high rate, according to a Washington Post analysis of early data from jurisdictions across the country.

The apparent racial disparity led the Surgeon General yesterday to highlight in personal terms the increased risk for African Americans, as demand grows for public health officials to release more demographic data on those who are sick, hospitalized and dying from a virus that has killed nearly 13,000 people here in the US.

On Tuesday, US government authorities reported 30,700 new infections, and over 1,800 new deaths – the highest daily death figure so far. Despite these discouraging numbers, some officials said they now have hope that the pandemic’s impact will not be as bad as the worst projections.

Nationwide, the University of Washington computer model of the disease’s future spread – relied on by many governors and the Administration – lowered its estimate of COVID-19 deaths in the US. Instead of an estimated nearly 100,000 deaths, the model now predicts about 82,000 by late summer. In another positive sign, California, Oregon and Washington are sending ventilators to New York, since their need is now less urgent.

Jack Dorsey, the founder of Twitter, announced that he was committing $1 billion, nearly one-third of his wealth, to fight the coronavirus.

Looking Forward
It’s becoming clear that the Trump Administration will need to do more to support the American economy and American families, as there are signals that the social distancing guidelines and lockdown policies will extend into the summer.

According to a recent Morningconsult survey, Americans are strongly in favor of governmental support for small businesses, hospitals and restaurants, but much less so for airlines, the oil and gas sector, cruise lines and casinos. Whether this sentiment will factor into the Administration’s decision-making remains to be seen.