COVID-19 and Some Good News 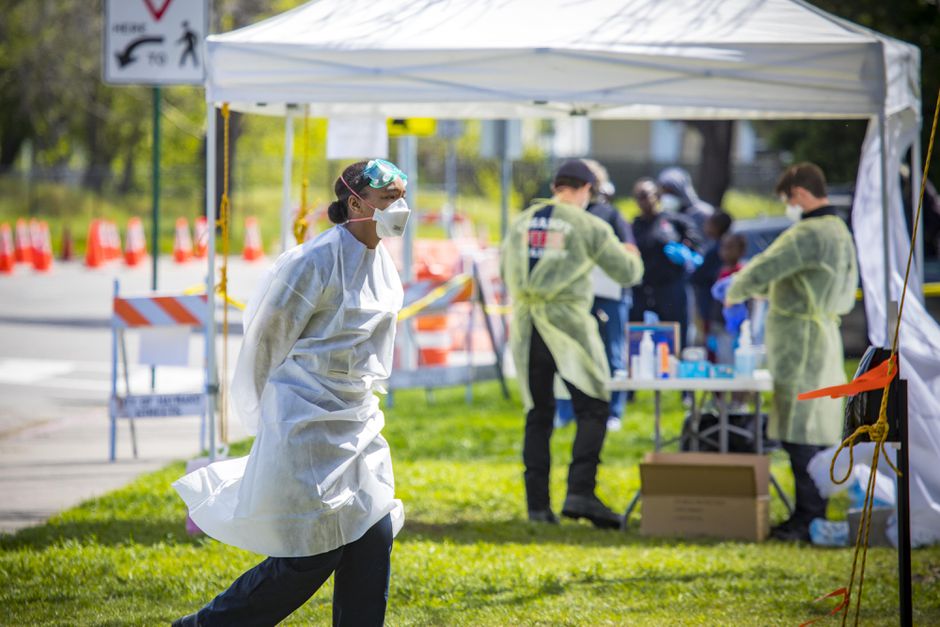 Coronavirus testing in the Bay Area

We’d like to thank those of you who have let us know that you’re reading our updates on the novel coronavirus pandemic and its impact on the global economy and the financial markets. We appreciate your feedback and we encourage you to send us your suggestions about how we can best communicate with you during this extraordinary time.

Troubling Signs
Yesterday was a day of very mixed news regarding COVID-19. The UK Prime Minister Boris Johnson was admitted into an intensive care unit after contracting the virus and struggling with symptoms for several days. He was among several global leaders who didn’t take the contagion seriously in the early days of the outbreak. Let’s hope that he recovers and leads Britain in its battle with the virus.

In the US, total fatalities rose to over 10,300, again concentrated in New York, New Jersey and Connecticut. There are also rapidly accelerating outbreaks in Detroit, Chicago, New Orleans and south Florida. We should not be surprised, as leading health authorities, including the Surgeon General Jerome Adams and President Trump, have warned that the next few weeks will be very hard for Americans.

Reasons for Hope
We were given some good news. It appears that the number of new cases is slowing in the very areas where so many are dying. This is because there is a lag between infection, hospitalization and either recovery or death. We are also seeing a slowing of the death rate throughout Europe. The tide does seem to be turning. However, Drs. Anthony Fauci and Deborah Birx, members of the White House Coronavirus Task Force, continue urging us to remain vigilant and adhere to the “Coronavirus Guidelines for America.”

The Bill and Melinda Gates Foundation has committed billions to build factories for the production of a coronavirus vaccine. The foundation will fund seven pharmaceutical companies with the most promising prospects, without knowing if any will actually succeed. You might find Bill Gates’ prescient 2015 TED Talk on global pandemics of interest.

It’s rather amazing how accustomed we’ve become to large swings in the market. Until just a few weeks ago, investors would have rejoiced about a 7% one-day increase. But these are anything but normal times, and massive market swings have become routine.

The Economy
Moody’s Analytics released some rather sobering projections for the US economy. Mark Zandi at Moody’s believes that one-quarter of our economy has been idled by our reaction to COVID-19. He is projecting a 30% decline in second-quarter GDP. To put that in perspective, US economic output fell by 26% during the Great Depression (1929-1933) according to the Commerce Department. We are witnessing the greatest reduction of global economic activity in human history.

The impact on Americans has been severe. Nearly 10 million workers have filed for state unemployment benefits. Nearly three-quarters of Americans surveyed by the Financial Time and the Peter G. Peterson Foundation say that the coronavirus has reduced their family’s income. Nearly half said they would have no income if they were unable to work because of illness.

Returning to Normal
A reporter at yesterday’s White House briefing asked Dr. Fauci when we can return to “normal”. His rather sobering response was that, until there is vaccine and it is widely available, we will not return to “normal” as we knew it. Once we get through the worst of this outbreak, we should, however, be able to resume many social and economic activities. For now, we’ll need to continue to test for the virus, isolate those who are infected, and identify and trace all those who were in contact with those who are infected.

Advice from Omaha
Warren Buffet, considered one of the world’s most successful investors has this advice for investors: “Widespread fear is your friend as an investor, because it serve up bargain purchases.” This reinforces our assertion that investors should rebalance their portfolios in the face of large market swings. You will be selling the winners and buying the bargains.